I’m thrilled that my film “I’ll Knock a Homer for You: The Timeless Story of Johnny Sylvester and Babe Ruth” has been getting so much publicity. Magazines, national news shows, local news shows, air time on major television networks, it’s all really exciting.

I appeared on the nationally televised TV show ‘CBS THIS MORNING’ that was broadcast Thursday morning (February 6th) at 8:15 am.  Watch the segment from “CBS This Morning” and read the related article.

There was a broadcast of my documentary film ‘I’ll Knock a Homer for You: The Timeless Story of Johnny Sylvester and Babe Ruth’ that aired on NJTV on Monday December 16th at 10:00 pm. Following the film there was an interview with me conducted by NJTV General Manager John Servidio.

WCBS 880AM and I announced the auction result of the famous Johnny Sylvester/Babe Ruth baseball on February 8th. Here are two segments and a link to the article.

I was fortunate to have the television program ‘Chasing New Jersey’ profile my film not once, but twice.

“I’ll Knock a Homer for You” was shown at the National Baseball Hall of Fame in Cooperstown, New York. It was part of the 2013 Baseball Film Festival held on Sunday, September 29th at 10 AM. The screening was a success and packed to capacity. 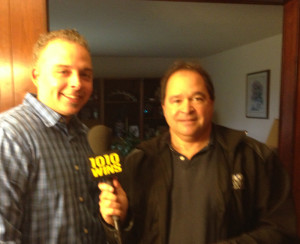 I was recently interviewed by John Montone of 1010 WINS. The segment aired during the morning commute (twice every hour from 5:00am – 10:00am) on Friday, November 1st. There are 3 different interview segments. Take a listen:

On November 4th, 2013 I was interviewed by Mark Thompson of the show “Make It Plain” on the SiriusXM Progress Channel.

Listen to the interview right here. 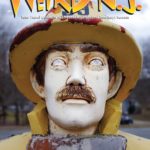 In the Fall edition of Weird New Jersey #41 I wrote a feature article on the film. Check it out!

“I’ll Knock a Homer for You” is mentioned in the October 2016 issue of New Jersey Monthly! Sharon Hazard’s wonderful article entitled, “Remembering His Dad’s Brush With the Babe” talks about “how a little boy from Essex met The Great Bambino. All it took was a kick in the head.” In it, John Sylvester, Jr. looks back on how while growing up, he never knew what a celebrity his father really was. But that wasn’t his father’s style.

Check out the link below to read the story.

Remembering His Dad’s Brush With the Babe

I am actively showing screenings of my film “I’ll Knock a Homer for You”. Many have been shown over the last couple of years and I’m always thrilled to hear that others are interested. The Baseball Hall of Fame, senior living homes, libraries, hotels, and many more have all graciously invited me to show my film. If you’d like to arrange a screening for your group, feel free to contact me at [email protected]

I have embarked on making a series of music videos for musicians Mike Bohmer and Brian Richardson. The dawn of music videos in the original days of MTV coincided with my coming into awareness in this world. These early experiences had a profound effect on my ability to interpret music into visual imagery. Below are some of the videos I made for these very talented musicians. If you need a video or commercial that you want created and edited for your music or business, please contact me at [email protected] for more details.

WNET Channel 13 is New York’s PBS station and is one of the most highly-regarded PBS stations in the United States. I am thrilled to have been interviewed on their MetroFocus series on Thursday, August 3rd, 2017 by Rafael Pi Roman. Please tune in to the Channel 13’s BROADCAST PREMIERE of my film “I’ll Knock a Homer for You” on Friday, August 4th, 2017 on WNET at 11:00pm following a special presentation on the late actor Sam Shepard. Watch the episode I appeared in by following the link below. 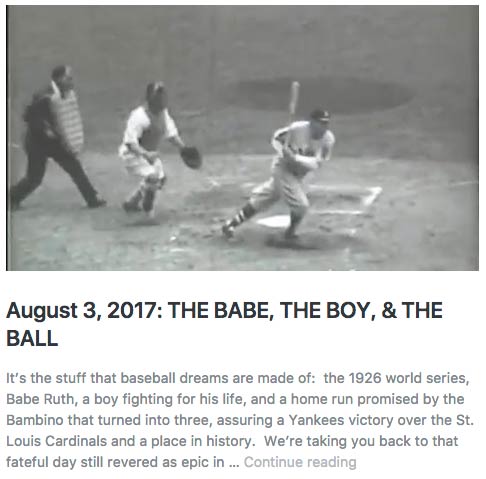 UPDATE: The 2013 Garden State Film Festival was a blast! The World Premiere in Asbury Park on Sunday April 7th was well attended, and ‘I’ll Knock a Homer for You: The Timeless Story of Johnny Sylvester and Babe Ruth’ has won the Award for ‘Home Grown Documentary Feature’ at the Garden State Film Festival! You can help spread the word of this great news. The Facebook and Twitter links related to this film are below. Please follow and share the updates with your friends.

‘I’ll Knock a Homer for You’ has been gaining momentum. Check out the media links below to see who is talking about it!

The New York Film Academy posted a great blog for the film on their website:

Sports Collectors Digest wrote a feature in their publication about my film:

Jim Beckerman of New Jersey’s The Record interviewed me about my film and it appeared in the Sunday April 7th edition of the newspaper. It is also available online – click this link to read the article:

The April 18th Edition of the Caldwell Progress Newspaper mentions my award from the 2013 Garden State Film Festival:

The New Jersey Motion Picture and Television Commission posted a press release regarding my award for ‘I’ll Knock a Homer for You’ from the 2013 Garden State Film Festival. Click on Bulletin Board on left hand side of this link below to view:

Thanks very much for visiting. See you again soon.
Andrew